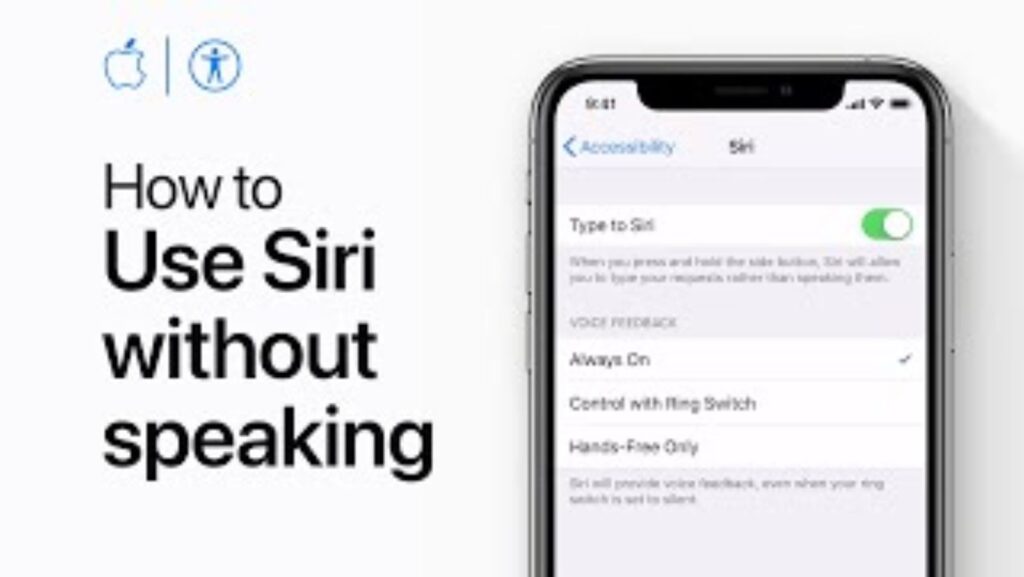 Are you same as me? I don’t like talking to the phone because people may think I’m wierd. It’s not an uncommon thing if you are not talking on your iPhone in public places. If you want to use Siri without speaking, that is now possible with iOS 5 beta 3 which just launched today.

Siri has a new feature called ‘VoiceOver’. With this feature you can speak to your iPhone and Siri will read the text back to you. In order activate it, go into General>Siri in your Settings app. There is a switch that says “VoiceOver”. Once activated, you will be able to use Siri without speaking.

In iOS 5 beta 4, VoiceOver is now called Interaction. There is a new switch in the Settings app labeled Interaction, where you can turn on and off Interaction with Siri without voice. Unlike the old toggle, which only affected ‘Hey Siri’ functionality, this new toggle controls whether or not you can talk to Siri at all.

iOS 8 beta 2 added a ‘Type to Siri’ option at the bottom of each list which will allow you to skip having to say “hey siri” first, but it still requires you to speak once before voiceover is enabled. Type to Siri can be disabled in accessibility settings if desired.

Activate Siri by holding down the home button .

To activate Type to Siri, hold down the home button and wait for the tone then press the letter ‘X’ on your keyboard. You can now enter any text you want into Siri by typing it rather than talking to it.

For Mac users: There is also a feature in Mac OS X 10.8 which allows you to type into a text box to make a dictation. Check it out here: http://9to5mac.com/2012/06/14/apple-announces-os-x-mavericks-with-new-interface-deeper-integration-of-icloud/

Type your question or command into the text box that appears at the bottom of the screen.

Your Mac will do its best to figure out what you said, typing it into the form field. You can click Done in the upper right-hand corner when you’re ready to send your question or command off to Siri. If you want to receive voice feedback from Siri again, just press the microphone icon on the left side of the search field.

Tap on the microphone icon to have Siri speak your response back to you.

You can now activate Siri by holding down the home button and saying “Hey Siri” followed by whatever you want to say. Apple is working hard to make our lives easier, with these new updates that allow us to communicate with our Macs and iOS devices without speaking. Maybe someday soon we won’t need to speak at all.

Hold down on the Done button to send your query off to Apple’s servers.

iOS 8 beta 2 added a ‘Type to Siri’ option at the bottom of each list which will allow you to skip having to say “hey siri” first, but it still requires you to speak once before voiceover is enabled. Type to Siri can be disabled in accessibility settings if desired.

Now you know how to use Siri without speaking. So, I hope this article is a good reference for your new experience. Reply if you have any more questions. Thanks!

A follow-up article about the beta versions of Siri is available at: How to Use Siri Without Speaking (iOS 8) . It includes screenshots for iOS 8 beta 3 and 4. There’s also an interesting discussion here: http://www.imore.com/how-use-siri-without-speaking-ios-8. Siri doesn’t work properly with VoiceOver turned on. See the article at: Siri Doesn’t Work With VoiceOver Enabled .